I was on my way to a meeting with a new publisher client this morning when I stopped into a store that I hadn’t had on my weekly checkup route for some time. The picture  below really shows what our partner magazine wholesalers are up against when it comes to getting our product up in stores and successfully displayed.

This is clearly a case where the wholesaler did what he was supposed to do. The checkouts were fully stocked for the weekend (even the mainline looked pretty good). And then either the cookie guy needed a place to stick his special display, or the store’s floor manager needed a to move the rack out of the middle of the aisle, or….

Perhaps it’s because as a representative of what is rapidly becoming an underdog industry, I see so many cases of these types of magazine display “accidents”.  What is funny about this case is that the retailer is actually hurting himself. The cookie rack is probably a one time placement payout to the retailer. On the other hand, as many as ten or more publishers paid up front for three years for the checkout rack.  And the retailer also collects display allowances on top of his net from the sale of the magazines.

In case you were wondering about the stores response?

“Sir, that cookie display is blocking your checkout rack.”

And so it goes.

I am a huge fan of all magazines, but I really like city and regional magazines. From a single copy sales perspective, you’d think that working with these titles would be pretty easy. One note stuff. But in today’s marketplace, it’s often not as if there is only one wholesaler and one level of delivery service in the market to work with. In fact, for one of my city books, I actually have nine (No, I am not kidding!) distributors to work with. In another, three. And in one, well, one.

On the editorial and design side, a glib observer could look and say, “Well, it’s all the same. Best Of, Best Restaurant, Weddings, Homes. Same old, same old.” And it is true: There are certain topics that a city magazine will cover no matter where they are. Because if you’re a reader, those are the things you want to know about. But what I like about a really good city magazine is how deep their knowledge of those topics are. I like how they can make every article about a favorite restaurant or chef new and interesting. From where I sit, the writing in a good city magazine is equal to or sometimes better than the writing in a major national magazine.

In our little end of the circulation pool, there’s been a lot of talk about the success of the “Food Network Magazine”. It’s buzz is well deserved. Despite all of the things the “brand” had going for it coming out of the gate, the publisher took a huge risk and their success is hard earned. But city magazines have been talking about food, restaurants and local chefs for a long, long time.

With that in mind, I present to you, some of my favorite covers from recent history: 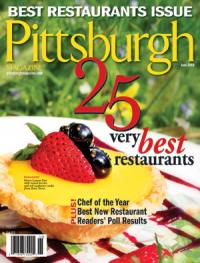 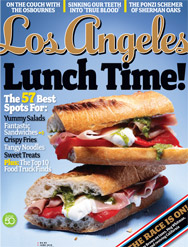 So are you hungry now? Tell me what your favorite city magazines and covers are.

It wasn’t until recently that I became aware that the prestigious  Stanford Professional Publishing Course was no longer in existence (http://publishingcourses.stanford.edu/). They shut down their version of the program and it is now being offered  by Yale University (http://publishing-course.yale.edu/). The publishing professional course is an expensive, but much sought after series of courses that many publishing professionals seek out in order to advance their careers.

Back in 2002, when I realized that this consulting gig was something I loved and not ready to willingly give up, I applied to take the course  because I wanted to round out my knowledge and skill set. But at the last moment, I pulled my application. A new piece of business came in and the opportunity to take a week off and play at being a student was not in the cards. Now that the course is offered at Yale, I hope to head back to my native New England and take it in the not too distant future.

Over the years the amount of junk in my paper filing cabinets has shrunk and migrated to a much smaller series of three-ring binders. But the stuff stored on several hard drives has grown exponentially. I’ve spent much of my professional career self-employed, so the filing and sorting methods I use for documents is ad hoc and changes according to need. So it was with some surprise that while searching through some old correspondence files, I came across my 2002 application to attend the Stanford course.

One of the things the application requested was that we come up with a few questions that we would want to discuss with other professionals at the course. What strikes me is how similar the questions I had in 2002 are to the questions I might ask if  I had attended Yale’s course this past month:

1) Is there any general consensus of opinion in the publishing industry with regards to the heavy consolidation that occurred during the last decade? I have an excellent idea of what it did to the newsstand business but what impact has it had on editorial and artistic creativity? Editorial independence? Advertising promotion?

2) We always seem to be about “three” years away from the decline and fall of the paper media. Is there any solid evidence or serious discussion about how the print and digital media will co-exist in the coming years?

3) Considering the consolidations that have occurred in our industry in the past decade (and continue into the present), what is the future of the small press in the next decade?

Read any article in Folio, Audience Development or Ad Age and we see endless discussions about media consolidation, editorial and artistic creativity. The answer to the question seems to depend on who’s doing the answering.

In question two, well, we’re no longer three years away from the emergence of digital media. It’s right here right now and demanding our full attention. There are pundits and professionals out there pontificating that we’re already dead, buried and not in the least lamented. There are an equal number of folks who are shouting, “Not so fast.”

I’m not so sure what to think about this. Our current situation in publishing seems like so much of our modern society. We, the people, are running hard and fast to keep up with the technology and the corporations who push the technology. That doesn’t mean it’s bad or good. It just is what it is. In today’s 24 hour  (Maybe now it’s down to 12 hour) news cycles, there is no time to pause and ask, “Should we go down this path?” We just do. I don’t believe, I know, that we can have both a digital and paper future. I just don’t know if the events that get pushed at us will allow that to happen.

And what is the future of the small press? The answer to that question is murky. I don’t like to say it, but “It depends.”  I have some small publishers I work with who are doing pretty well – all things considered. There’s no reason to think that will change. Unless someone changes the ground that is under them. And that happens a lot! At what point will some of them say, “That’s it! Time to go sell insurance!”?

So in case you ever wondered what some of my personal all time favorite covers were.

Here are some from the list of clients (and former) clients and magazines I have known and loved:

There are more articles published all over the internet and in industry rags about what makes a good magazine cover than you could shake a stick at. So what’s my wisdom worth? After a lot of thought and consideration, it seems to me that cover design is mostly inspiration and art than any actual science. But there are some rules of thumb about what works and most people who understand single copy sales understand what makes a good newsstand cover. You’ll note that I said newsstand. There’s a big difference between a cover that is designed to sell on the newsstand and one that is simply designed to appeal to a subscriber who’s already paid for their copy (in order to get their hands on that mini mp3 player).

My number one piece of advice to all of my clients has always been to not be too cute,  too stuck on yourself, or too inside. You’re offering a reader a service. You’re knowledge and expertise. Unless you’re Spy Magazine (which hasn’t published in years), don’t be too cute, or snarky.

All of these covers are:

>Very clear about who they are.

>Made some use of their skyline.

More on covers coming up. Plus, some more of my favorite covers from other national and local titles.