Editor’s Note: Here’s another post that’s been sitting in my edit que waiting for some buffing and the “publish” button to be pressed. Some recent experiences in the past week in the electronics department brought home the message that it was still relevant.

The phone rang and for a change, I was able to pick it up and plug in the headset before Vonage tossed the call over to voice mail.

“What’s going on?” I asked, wishing I had dropped the receiver, plugged the headset into the wrong phone, or simply let the phone answer itself.

“The printer called. The press broke down. We’re going to miss our print date. Maybe by a week or more!”

“They can’t move you to another press? Don’t they have something like twenty five locations around the country?” I asked while mentally figuring out how many wholesalers I needed to call, how many promotional programs I could reschedule without being fined. How this would impact sales four and five issues down the line.

Oh, those publishers. They are such kidders.

And I used to be much taller.

Two days later I walked out to the curb to pick up the Sunday paper. The Sunday Trib was also waiting for me on my iPad and there are times when I find myself doing double duty with both the print and digital editions. During election season, I often went to the iPad first, but not for the Tribune. Sometimes I have serious disagreements with the folks on the editorial page. Replacing the iPad would cost some serious money. On the other hand, if I decide to toss those editors into the rubish (or worse), the act is not all that violent and costs me less than a buck.

But this week, there was some serious mis-printing (As you can see below) on my Sunday paper.

Of course this also happens in the magazine world too. Last month one of my clients sent me some sample polybagged copies. My samples came with the front cover placed upside down so the UPC code was hiding behind the black on white headliner on the polybag (Thus hiding the UPC code and preventing it from scanning).

Fortunately, that error seemed to only involve my copies. No wholesalers or retailers were harmed in the shipment of copies. So it was all good.

Which leads me to the following: In the past few weeks, my iPad has occasionally crashed while browsing in Safari. There’s a bounty of helpful forums about what to do on Google and on the Apple site. Fortunately the iPad is not the only way I go on line. Otherwise, we’d have some issues, wouldn’t we?

At the same time, a few settings somehow “changed” either in my anti-virus program or on my firewall on my relatively new and recently upgraded iMac. So getting to Google from my iMac is a challenge until I straighten that out. Maybe something to do with that software “upgrade”.

My Andoird powered smart phone just celebrated it’s 13 month birthday and like the smart phones before it, I am finding it’s software getting decidedly glitchy and the hardware shows signs of age despite the best efforts to be gentle with it. While the reviews of the phone called it “slick’, “durable”, “rugged”, and “well equipped to go the long haul”, well, all of the reviews were written 18 months ago when it first came out. The phone was brand new to the reviewers. What would they think now?

Let’s not even talk about the aging laptop that sits forlornly at the end of my desk. It used to proudly go almost everywhere with me. Now, not so much. The App store just told me that an upgrade wouldn’t work on my dusty old processor. Does it feel embarrassment?

The point is, digital media is still all about the tech. And the tech can be glitchy. 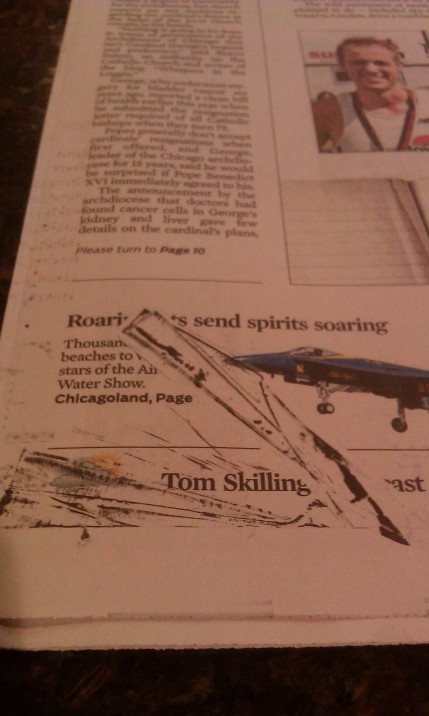 It’s not such a big deal. Because you can deal. Inconvenient, yes. But it’s not a lot of change out of your pocket.

Well, guess you won’t read that article for awhile huh? Better hope your investment is still under warranty.

Just to reiterate. I’m not a Luddite. I don’t want to go back to the bad old days. Digital is part of the way forward. But we’ve got a long way to go.