Last week, I offered up what I personally thought were the ten best magazine covers produced in 2015. The response has been mostly positive and rather enlightening. And to answer one correspondents question:

“There’s no way I could possibly see all of the magazines on the newsstand. But the person who works the receiving dock at a magazine wholesaler probably has seen most of them.”

In the end, the selections are personal.

So why offer a list of Runner Ups? Why offer what is often considered by some to be a participation trophy?

The answer is simple. My desktop folder of 2015 covers is pretty large by my standards. More than 80 different covers were considered. Thirty eight made it into the initial list for the top ten.

Therefore, for your consideration, I’d like to offer these five for you to look at, think about, and ask yourself, “Should they have made it into the top ten?”

This September, Fur-Fish-Game Magazine celebrated it’s 90th consecutive year of publishing. This monthly magazine has always featured an illustrated cover and often the images are striking. This issue perfectly captures the wilderness and the audience that the magazine services.

The soul of the original cast of the Sci-Fi TV show “Star Trek” was found in Leonard Nimoy’ s portrayal of the logic oriented alien, Mr. Spock. This shot perfectly captures how Nimoy played this part. Not for laughs, not too stiff. But approachable, intelligent, someone to model yourself after. Someone human.

To be completely honest, I have to confess that I have never actually seen a copy of this magazine. Their distribution is tiny and it’s a long ride to the nearest store that may or may not have a copy.

But what a fun name! What an interesting logo. And I’m a sucker for food magazines. And I am going to go looking for a copy. 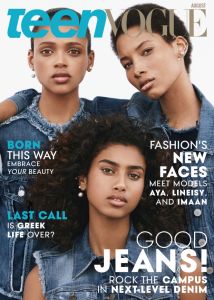 Leaving aside the fact that mainstream magazines need to acknowledge the presence and contribution of persons of color to the fashion world, it’s simply a great cover. Cover lines, poses, color. This is a great cover. And a great message.

The Most Egregious Cover of 2015

Frankly, I really don’t have anything against the Kardashian clan. They figured out a way to access fame and turn their small, tidy fortune into a big sprawling fortune of fame, fashion and reality television. Well played Kris Jenner.

Likewise, while I’m a fan of social justice, I’m not the type who opposes able bodied actors portraying persons with disabilities.

But my issue with this particular part of the shoot was that it was supposedly exploring her image as an “object of vast media scrutiny.”

Sorry Kylie. Before you were 18, you were the subject of your family’s control. Now, as an adult, you are volunteering for the scrutiny. Your fame and fortune does not disable you. You’re only a poseable plaything if you allow that to happen to yourself.

What magazine covers did you see in 2015 that you think deserves mention? Anything out there that you found particularly egregious?

If you want to see what magazine covers made the cut in previous years, click on this link.

The “Top Ten” covers of 2015 can be found by clicking on this link.

Does a cover illustration carry the same impact that a live action shot does? Like all things involving cover images the answer is, “It depends.”

It will depend on the image, how much it relates to the magazine. Does it enhance and explain the cover story? Or take away from the contents inside the magazine? It may often depend on the magazine’s history. For example, my client, Fur Fish Game Magazine has an 80 year history of producing nothing but illustrated covers.

This is something that the readers depend on. It cements the brand and informs both the casual passerby and the avid reader exactly what to expect inside the magazine.

While I’m not a hunter or trapper and my fishing skills are less than capable, I have to admit to looking forward to the image I see each month with the magazine arrives.

What makes a good illustrated magazine cover? How do the editorial and art departments find the right piece for the cover?

I’ll have more on that from some editors and publishers in a later posting.

Below, for your acceptance (or snorts of derision), are the best illustrated covers (so far) that have caught my eye while visiting newsstands in 2012:

1)   Business Week’s  “Let’s Get it On”. The moment I saw this cover, I immediately heard the Marvin Gaye song in my head, and then cracked a smile. My next thought:  “Best.Coverline. Ever!” The image is immediately recognizable, highly sellable (important in the single copy world), and remarkably colorful.

2)   Smithsonian: March 2012 Titanic: What’s that line about being the first to market? The March issue was out one month before the 100th anniversary. Smart. The image itself has a sort of 3-D look to it and, like the Business Week cover in 1st place, is immediately recognizeable.

3)   New Yorker 03/12/12: You don’t need to be a political junkie to chuckle when you see this cover. Mitt Romney’s “Seamus on the Roof” story has gotten a remarkable amount of play (Thank you Gail Collins) and even generated a “Dogs Against Romney” web movement. So it made sense that back in March when his campaign was in danger of going completely off the rails, that The New Yorker would show the erstwhile ex-Governor and CEO with his number one competitor, Rick Santorum, on the roof. What a great image!

4)   Juxtapoz Magazine  Jan 2012: (Editor’s note: High Speed Productions, the publisher of Juxtapoz, is a client). Artist Audrey Kawasaki is well known for her feminine illustrations. Her cover feature for the January 2012 issue her work was immediately recognizable and stood out from the other magazines in the Art category. Note that this was also the number 1 selling issue in every class of trade to date for the year. 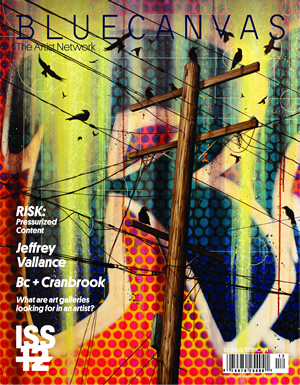 6)   Texas Monthly, March 2012: Does anyone out there think air travel is a pleasurable and relaxing activity? No? Is this a great year for airplane covers? Yes! The March Texas Monthly took it to the bank with a great cover story and illustration about the Dallas hometown favorite, Southwest Airlines.

7)   Fur Fish Game Magazine February 2012: Every year, FFG produces a few covers that take my breath away and make me want to go outside. The February issue did just that. 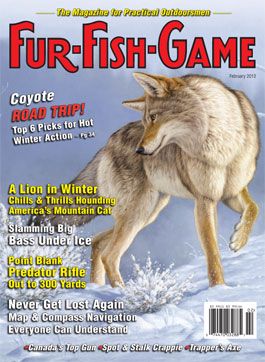 8) New York Magazine March 12, 2012: Most city magazines go with something a little too cute or clever for their “Best of” cover. Not New York. The illustration is bold, colorful, straightforward, and very attractive.

What illustrated covers have caught your attention this year?